Usmani & Co. is unique to have proven expertise to offer customised solutions, with multi-disciplinary, multi-linguistic and globally present strategic partners.

Praesent feugiat sem mattis.
A wonderful serenity.
Premium services for you.
Set a link back to photo.
Call to ask any question +923425692172 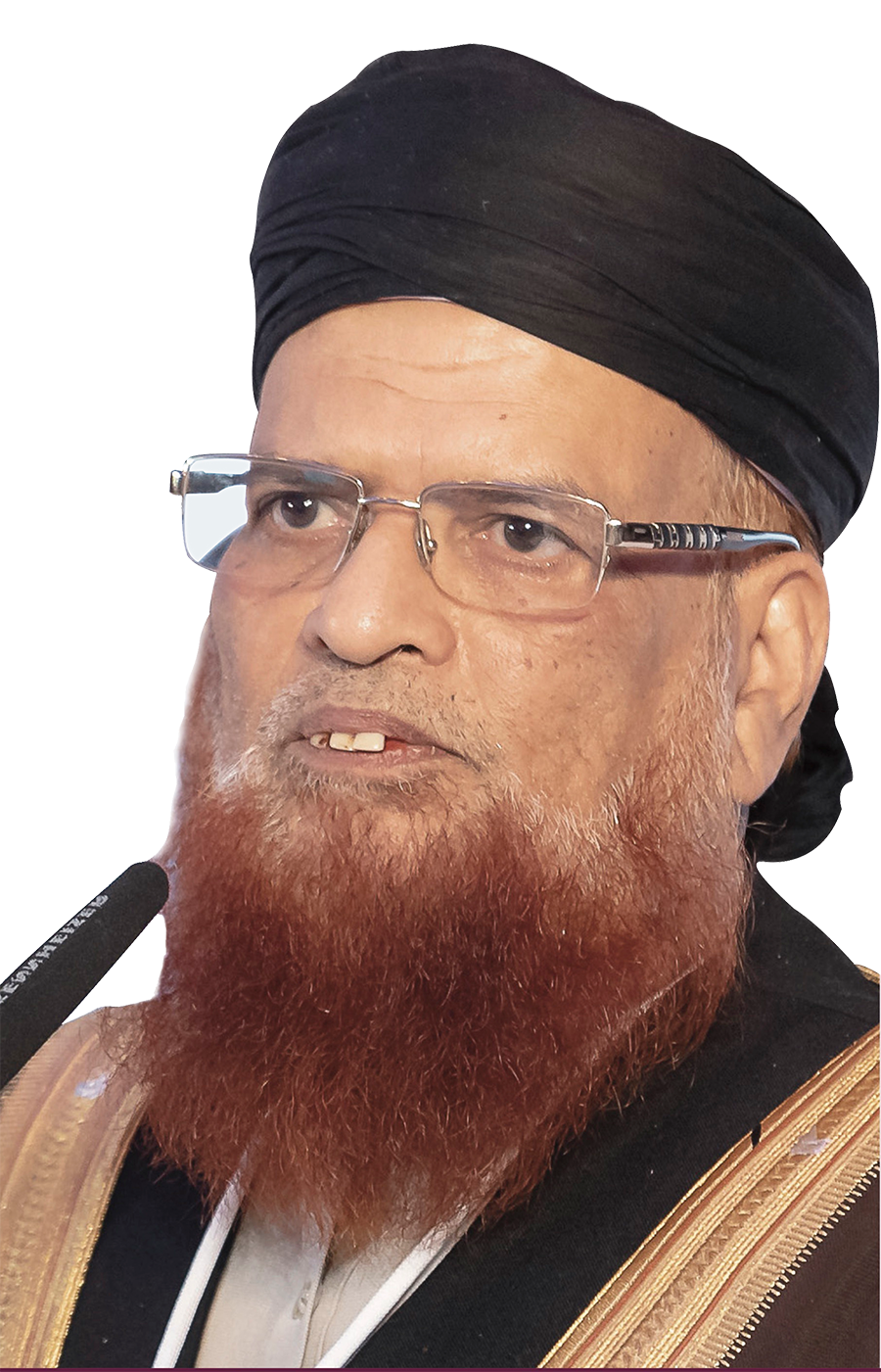 We're here to help you! Just Call Us Now
Call Us Now

WITH THE NAME OF ALLAH, THE ALL MERCIFUL, THE VERY MERCIFUL

With the grace and divine help of the Almighty Allah (S.W.T.), efforts towards Shariah-compliant business and especially in respect of Islamic banking and finance have continuously been made by many great Shariah scholars and jurists for a long and sustained period of time. Here, a special mention must be made of the valuable contributions of the present Usmani family, their forefathers and noble teachers who have rendered invaluable active services for this cause for more than a century through their academic rigour and thought leadership which has proven to be the bedrock of modern day success of the industry globally.

In his well known treatise of Islamic legal edicts, Imdad al Fatawa, the great scholar Maulana Ashraf Ali Thanvi has set out in detail many rulings regarding issues with banking interest, joint stock companies and other prevalent non-Shariah-compliant businesses and their solutions. The same thread was followed by his well known pupil, the first Grand Mufti of Pakistan, Mufti Muhammad Shafi, who penned many books on the subjects of Islamic economy, the problem of commercial interest and its solutions as well as providing viable alternatives to transactions based on speculation and excessive uncertainties including the contract of insurance.

Similarly, the noble scholarly endeavours were continued by the late Grand Mufti Shafi’s son, the world renowned Justice (Retired) Mufti Muhammad Taqi Usmani, who has selflessly devoted his time and indeed made it one of his missions in life through the medium of a whole host of academic writings and practical ground-breaking contributions in almost all possible walks of life. His efforts towards legislation on all contemporary issues pertaining to Muslims are prominent particularly. Moreover, he has participated very proactively in the preparation and development of intellectual concepts and structures which have ultimately become an integral part of modern Islamic banking suite of products. Furthermore, he prepared a very historic and comprehensive report on Islamic finance for the Islamic Ideological Council, a constitutional body of the Republic of Pakistan for religious affairs. Thereafter, he served as a Justice of the Shariah Appellate Bench of the Supreme Court of Pakistan, and during this tenure he was a member of the Islamization Commission of the Economy of Pakistan and he was also appointed as a Member and subsequently as a Vice Chairman of the Jeddah-based Islamic Fiqh Academy, an organ of the Organisation of Islamic Cooperation (OIC) which was founded in 1969. During his tenure as Justice of the Supreme Court, he delivered a very historic and comprehensive Judgment which is hitherto a landmark verdict against the prevalent commercial interest. Later, he was elected as the first and only Chairman of the newly established global standard setting body, the Accounting and Auditing Organisation for Islamic Financial Institutions (AAOIFI), and he has remained its Chairman since its inception in 1990. He has also worked with many multi-national institutions and highly reputable Islamic banks like the Islamic Development Bank, Abu Dhabi Islamic Bank and Meezan Bank where he has served as Chairman of their respective Shariah Boards.

Following in the footsteps of his honourable father, Mufti Taqi Usmani, his elder son Dr. Muhammad Imran Usmani, completed his specialisation in Islamic Fiqh (Takhassus fil Fiqh wal Ifta) in 1994, which is a three year program after completion of the Alimiyyah degree which itself is equivalent to M.A. in Islamic Studies and Arabic from the great University of Jamia Darul Uloom Karachi which conferred on him the esteemed position of a Shariah scholar and a specialist in Islamic finance. During his Takhasssus, Dr. Imran wrote a detailed thesis on Fatwa relating to business transactions. Thereafter, he completed his Ph.D for which he wrote a detailed thesis on Islamic banking based on Musharaka and Mudharaba principles. At the same time, he was a founding member of Al Meezan Investment Bank which was later on chartered as a commercial bank and he has continued his work there as Head of Shariah and Product Development. Initially, almost all the Islamic banking products were produced under his guidance and then they were approved by the Meezan Bank’s Shariah Board. Incidentally, Meezan Bank is the first and the largest Islamic commercial bank in Pakistan which owns the largest Shariah-compliant asset and fund management company in Pakistan, Al Meezan Investment Management Limited. Furthermore, the State Bank of Pakistan (SBP) acquired his services in the Executive Committee on the Commission for Islamic Finance and later he was appointed as a Vice Chairman of the Shariah Board of SBP, which was the first ever Shariah Board to be established by the SBP in order to develop different regulations including prudential regulation, Shariah and accounting standards and the first Shariah governance framework that includes fit and proper criteria for serving as Shariah advisors in any Islamic bank. He remained there for eight years after which his honourable father Mufti Taqi Usmani was also made the Chairman of the Shariah Board of SBP.

Justice (Retired) Mufti Taqi Usmani and his son Dr. Muhammad Imran Usmani have worked jointly and separately with many local and international Shariah boards of institutions that are considered as leading financial institutions in the banking industry globally. All their work hitherto was rendered in their individual capacity, but recently the Government of Pakistan has decided to request the Shariah scholars to offer their services through the medium of a corporate entity in line with best prudent and regulatory practices. Therefore, Usmani and Company (Private) Limited was incorporated to provide services to individuals, corporates and Islamic financial institutions in a professional and most efficient way with a highly skilled and dedicated team of Meezan Bank’s Product Development and Shariah Compliance Department comprising around 70 staff members who possess different degrees of Muftis, accountants, lawyers, business managers and the like.

We hope this new initiative will further facilitate the industry in an easier and more professional way to fulfil their different requirements in order to develop various products and thus duly solve their business problems in line with established Shariah rulings.

The main vision and mission is to encourage Halal income from Shariah-compliant businesses for the sake of the Almighty Allah (S.W.T.) and thus strive to remove interest and other prohibited elements of speculation and excessive uncertainty which have proven to be extremely harmful for the whole economy and the global crises are eloquent testimony of this.

May Allah accept these efforts and make it for all its participants a source of continuous rewards for them and their successive generations and help us play a role towards creating a fairer and more equitable society with equal opportunities for prosperity of human beings with the higher goal of seeking the pleasure of the Almighty Allah (S.W.T.). Aameen

We have many reviews from our satisfied clients.

We also bring a strong interest in coaching and capability building, with an emphasis on emotional.

I love that moment when we find the connections between organisations and envisage the initiative or platform.

He was great in planting the seed and allowing the group to transition into a collaborative discussion pertaining.

We also bring a strong interest in coaching and capability building, with an emphasis on emotional. 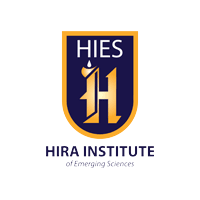 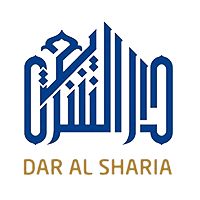 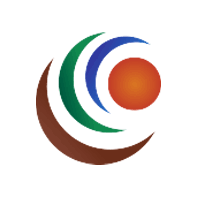 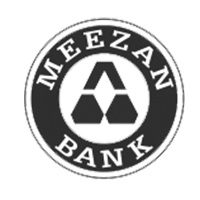 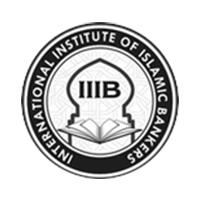